Plastics: two terrible anniversaries of a silent killer and an Australian dilemma 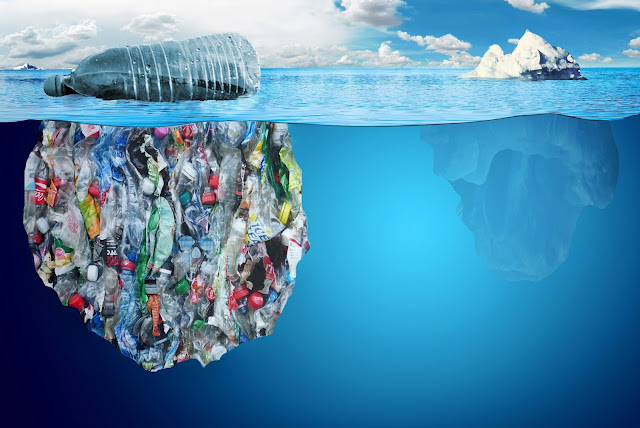 Plastic, the magic material that gave us paper-saving throwaway cups, instant rain macs and handy shopping bags, turns out to be a 21st-century monster. And small is particularly deadly when the plastics become microbeads.

Plastic grocery bags first appeared in U.S. supermarkets in 1977, 20 years after the first plastic sandwich bags were introduced in the United States.

Today the average number of plastic pieces in each square mile of ocean is put at some 46,000 according to the Australian Department of the Environment and Heritage. Worse, we now know it might take 500 years for a plastic bag to degrade in a landfill. and it breaks up into microbeads that damage wildlife.

Madeleine Woodruff, a 2016 graduate in animal health and disease, has been tracking progress in Australia. Her home state is due to report on its online consultation with consumers this month about how to introduce a ban on single-use bags.

"There will be more plastic in the world's oceans than fish by 2050 unless people stop using single-use plastic items such as plastic bags," the UN warned in 2017.

The UN experts proposed international targets for marine plastic reduction as a part of its CleanSeas campaign.

The U.S, China and India rejected the idea of targets. They compromised with a pledge towards the "long-term elimination" of plastic entering the seas.

Half the world onboard

But in all, nearly 40 countries, accounting for more than half the world's coastline, have so joined the campaign.

On 11 February British media announced that "The Queen has declared war on plastic, banning straws and bottles from Royal estates.

We all surely know the facts by now even if we can't recall the exact details.

But UN Environment's own Petter Malvik admits courageously: "I used to not care about the problem of marine plastic pollution. In fact, prior to joining UN Environment about 14 months ago, I was blissfully ignorant of the issue. Sure, I knew that so-called single use-plastic was bad and dutifully tried to bring my tote bag when I went grocery shopping, but the question of where our discarded plastic bags, straws and plastic soda bottles actually ended up was one which I had never really given much thought."

Now he knows that about 90% of sea birds have ingested plastic, and almost 670 different marine species have already ingested or have been entangled by plastic.

Pointing out that 25% of plastics are produced for packaging, vegan campaigner Miranda Larbi told Londoners in a newspaper column on Valentine's Day: "The best thing to give up this Lent is plastic, not chocolate."

UN Environment released a Valentine's Day promotional video entitled "Are you in a toxic relationship?" about a young woman who "breaks up with single-use plastics". It attracted three million views in the next days and the Clean Seas webpage clocked 10,000 new signups in a few hours.

Australia late to the party

In the Southern Hemisphere, in October 2017 the State of Victoria announced its intent to ban single-use plastic bags but is almost the last to do so, though the eastern coastal state of New South Wales, the most populated in the Commonwealth, is still dragging its feet.

The question is: are we doing too little, too late?

Although there is no set date for implementation, the Victoria government is engaging the state’s public through an online survey. The results are due in March 2018.

How effective will this effort be? It relies on participants not only to recognise the detrimental impacts of plastic bags but also to understand the alternatives, around which there is some confusion.

One of Australia's leading environmental news organisations, PlanetArk, warns that labels given to alternative bags are often "incorrect and confusing". The terminology used for substitute bags is often misleading.

The Victorian State Government defines some "environmentally friendly" plastic in its discussion paper available on the website.

These alternatives may appear better for the environment, but without knowledge of their correct disposal they could be equally damaging.

Victoria announced its proposed ban eight years after neighbouring South Australia (green on the map) became the first state to implement a ban on lightweight plastic bags in 2009. The two Territories (red) and Tasmania (purple) followed in 2011 and 2013 respectively

Three of the four remaining states have been slower to act, but made announcements almost simultaneously. Queensland and Western Australia (blue on the map) announced their bans in September set to start in July 2018. However, the New South Wales (gray) government — home to Sydney and Bondi Beach — has no plans for action.

Strengthening the movement, two Australian supermarket giants announced a voluntary phase out of lightweight plastic bags by the end of 2018.

NSW's Premier said there was no need for a ban because the supermarkets that provide 80% of plastic bags are taking action themselves.

In Victoria, lighter-weight bags used for fruit and vegetable packaging will still be available, and the ban won't include heavier plastic bags favoured by many clothing retailers.

How plastics kill our marine life

Made from non-renewable crude oil, gas and coal, plastics persist through ecosystems because the material never fully breaks down. It is killing our marine wildlife. A University of Queensland study found 30 percent of the turtles it autopsied had plastics, including plastic bags, in their intestinal tract. Lightweight plastic bags in particular damage marine animal populations.

Sea turtles often mistake such bags for jellyfish, which for some species makes up their entire diet. Resulting in gut obstructions, interfering with the animal's ability to absorb nutrients and releasing toxic chemicals into its digestive system.

In Norway last year a Cuvier’s beaked whale had a staggering 30 plastic bags in its stomach.

We have alternatives: the recyclable ‘green bag’ is a reusable bag commonly sold at Australian supermarkets. Cardboard boxes and paper bags can also be used, and may cost nothing.

The government website has a comparison sheet on the various shopping bags.

However, there is concern that banning the use of lightweight plastic bags will just lead to the increase in use of the heavy weight plastic bags. Although they are reusable, they pose an equally detrimental threat to the environment and there needs to be an approach to the ban that takes this into consideration.

Similarly, there may be an increased demand for bin liners. This has been the case in Canberra since bags were banned. Many households had used lightweight plastic bags to line their bins.

On the positive side, Canberra has noted an increased awareness of sustainable methods of waste disposal due to the ban.

In the current situation, perhaps it is best to introduce a gradual ban. It will be interesting to learn what Victoria's consumers think should be done.

For more details and links to website information on plastic bags in Australia, see this page.